Skip to content
Tour and Travel
Rashed Ahmed
No Comments

Those lovers who had their first approach thanks to their love of books and universal literature, would surely love to feed that literary hunger by touring those scenarios of great writers. Travel following the steps of those who have marked a milestone in literature is simply fantastic. Going into the life, environment, and environments that helped to lead to great works, as well as interesting, is romantic and enriching for couples who love to read or write. That’s why today we prepare this article with 5 famous honeymoon destinations. Let’s check it out!!

As is the case throughout the world, there are some places that are stronger than others in certain areas of tourism. In the field of literary, we chose those 5 destinations with more significance to make tours that will love to live on their honeymoon.

Needless to say, Britain is the country with the most Nobel Prizes in Literature. That is why it is a must in honeymoon destinations for literature enthusiasts. Spring is the most literary season and is perfect for visiting some of the many British places with connections of this type. So we have Edinburgh, the first city of the literature of Unesco. And why not … it has inspired more than 500 novels!

You will have the option to get lost in the street of the Royal Mile neighborhood, full of charming bookstores where you can imagine JK Rowling writing the first chapters of Harry Potter. In addition, you will find the Writers’ Museum and the contemporary space Scottish Poetry Library, as well as guided tours with a literary focus to touring the city. 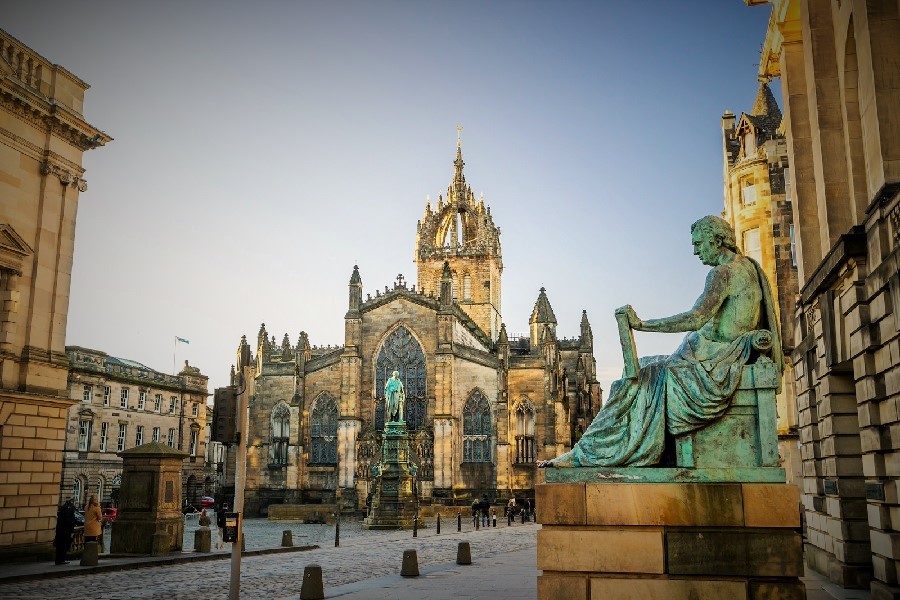 At night, you can visit the taverns that opened their doors to William Woodsworth, Robert Burnes or Walter Scott. You cannot forget the great city of London, a city that has been the scene of countless stories, stories, novels, and poems, as well as inspired writers from around the world. You cannot miss the British Library, where jewels are kept like the first Shakespeare folio and Alice’s manuscripts in Wonderland; and you will be amazed at the walks that offer neighborhoods where you can breathe bibliophilia in every corner.

This city is known for its cultural richness as well as its romance and diversity of destinations and free cultural activities. In short, you cannot miss the city that Virginia Woolf lived, visit the house of the poet John Keats or follow in the footsteps of Dickens, Sherlock Holmes, and Oscar Wilde. We also suggest you to visit Pacuare Lodge in costa rica.

The country of Miguel de Cervantes Saavedra is a must for couples who love universal literature. In Ciudad Real, you can enjoy a route often stretches divided between towns of Ciudad Real, Toledo, Albacete, and Guadalajara. Among them stands Campo de Criptana, the famous municipality of Ciudad Real where the mills faced by the intrepid hidalgo are confused with giants.

In addition, they can share ideas and readings combined with romanticism in Soria, a key place for writers Antonio Machado and Gustavo Adolfo Becquer. The municipality of the town offers guided tours of the sites frequented by Machado, such as the Casa de los Poetas or the classroom where he worked as a teacher. 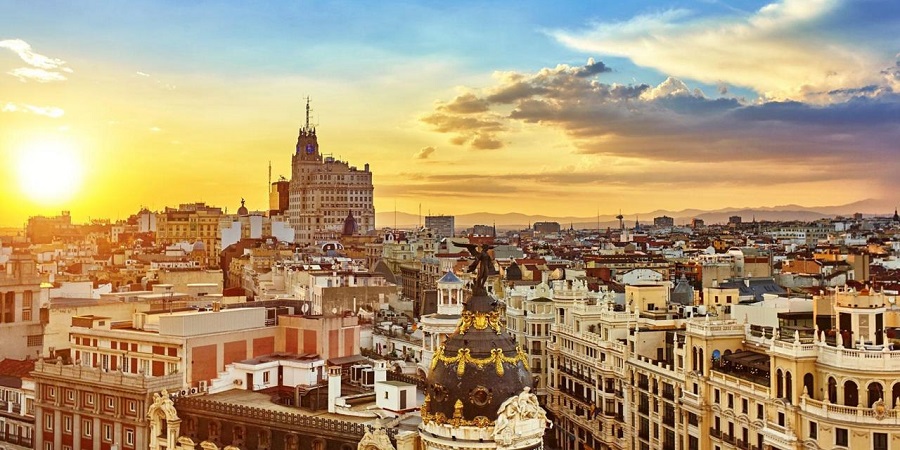 There is also the tomb of his beloved, Leonor Izquierdo. With regard to the author of the Legends, many of them take place both in the capital and in the municipalities of Beraton, Noviercas or Almenar. The writer, married to a Soriana from Torrubia, spent long periods in the Monastery of Veruela.

Seville will also be essential if you want to know about the birthplace of authors such as Vicente Aleixandre, Gustavo Adolfo Becquer or Luis Cernuda. Virtually every corner of the city you will find buildings that commemorate the life or death of many writers, so we recommend a good walk that can accompany the delicious Spanish cuisine.

It is said that few cities are as literary as Paris. For centuries, writers from all continents traveled the streets and used their cafes as places of creation. The poet Cesar Vallejo, the Honduran Consuelo de Saint Exupery, Dali or Juan Goytisolo are just a few options to which they can dedicate some entertaining literary routes. The lovers of Rayuela will find the love of La Maga and Horacio come true in the Parisian streets, as well as in the Pont des Arts, and inspiration of the great Julio Cortazar.

You can also visit the Cafe Flore on the Boulevard St-Germain, writing place of Jean-Paul Sartre and Simone de Beauvoir. Do not forget the wealth of Montparnasse and with it, the “brasseries” of which were frequent writers like Ernest Hemingway, Jean Cocteau, among many. 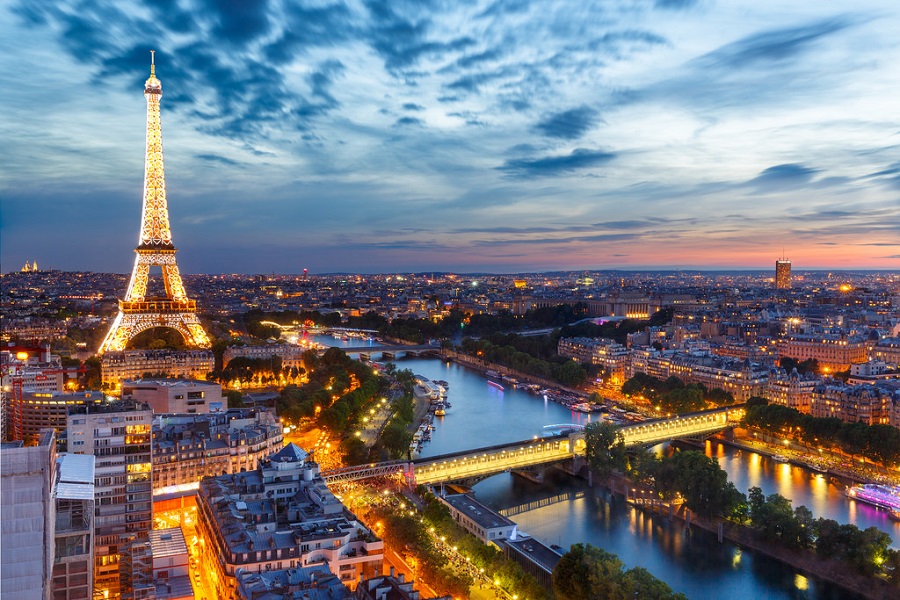 They tend to say that perhaps the most poetic coffee of all is La Closerie des Lilas, where Oscar Wilde and Apollinaire wrote. A perfect environment for romance and sharing together with your love for literature. You will be interested in visiting Paris and other places for a honeymoon dedicated to art and culture.

You cannot help but think of Paris to think of the great poet, playwright, and novelist, Victor Hugo. Works such as Les Miserables, Our Lady of Paris, or the history of the hunchback of Notre Dame, are portraits of a very special atmosphere of Paris. If you love Victor Hugo, you cannot miss the Museum House of that writer, which will transport you to the intimacy of this genius of literature. So, we hope you must choose Paris France  for your honeymoon destinations.

The Argentine capital has been known for being the inspiration and scenery of great stories and stories that have transcended the history of literature. In addition, within this city, a large handful of artists of the word were born, who knew how to ‘squeeze the juice’ into its streets and corners. 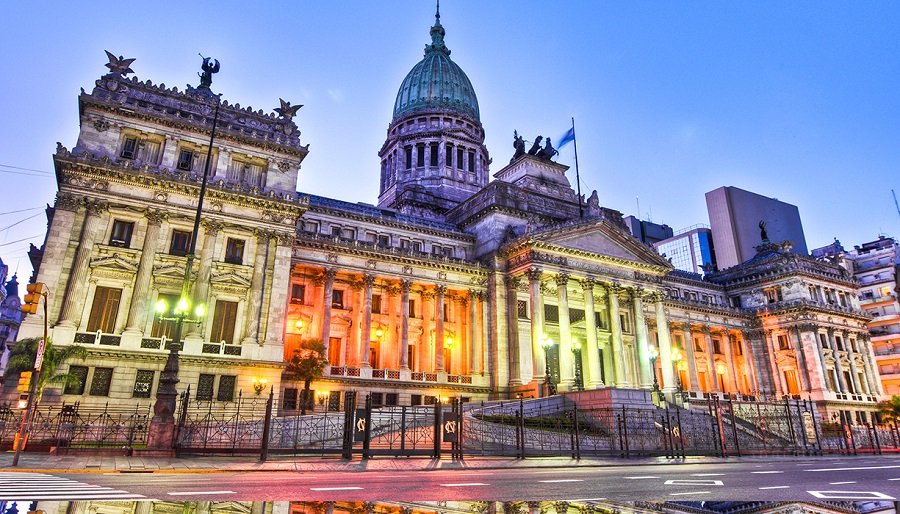 Let’s start with the genius of letters, Jorge Luis Borges and his works based in the neighborhood of Palermo ; as well as Robert Arlt, Leopoldo Marechal, always in search of the spirit of Villa Crespo or Ernesto Sabato, who found in the Lezama Park the source of inspiration for his Alejandra de Sobre heroes y tombs, one of the writer’s most prestigious works.

For this reason, the city has been prepared so that you can see the city with literary eyes. If you are a couple in love with Latin American literature, you will surely be fascinated to walk through the places inhabited by Alfonsina Storni, Adolfo Bioy Casares, Oliverio Girondo, Silvina Ocampo or Baldomero Fernandez Moreno. It is worth mentioning that Buenos Aires has the most popular International Book Fair in the Spanish-speaking world.

If you want a famous honeymoon destination with a literary focus without leaving the country, good news! Colombia is a paradise that inspired the great Garcia Marquez, Alvaro Mutis, Jorge Isaacs, Fernando Vallejo, Leon de Greiff, Angela Becerra and Laura Restrepo for his incredible stories.

Lovers of Gabo and Magical Realism from all over the world, will not miss Disneyland touring the geography of Macondo in the Colombian Caribbean; as well as the beautiful Cartagena de Indias from the literary point of view of Garcia Marquez.

Also, they will not want to miss Aracataca, the birthplace of the Nobel Prize, as well as their Museum House where they can go to live the reality that gave rise to unforgettable characters like Colonel Aureliano Buendia and Ursula Iguaran. 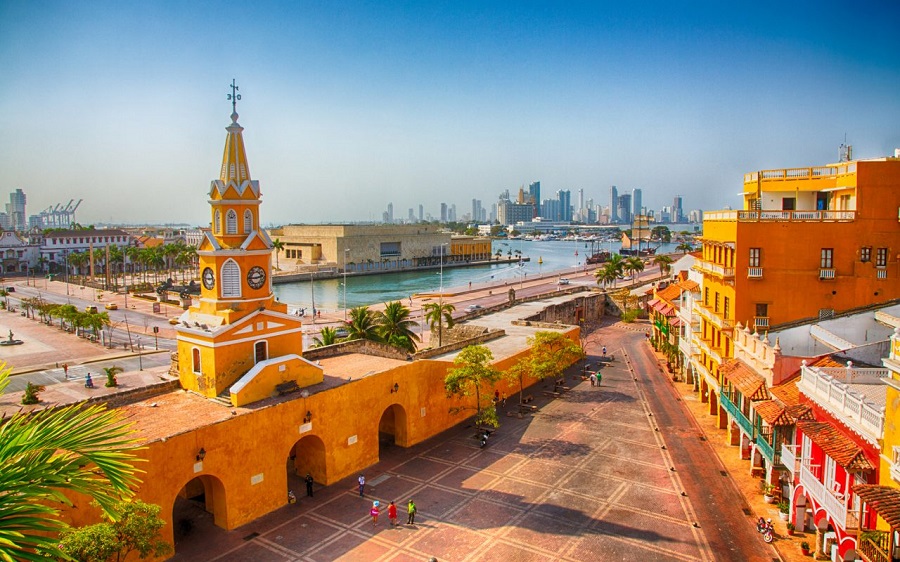 In addition, when they arrive in Colombia they will be able to consider regions that inspired the exquisite literature of Gabo. Such as Santa Marta, La Guajira, and Valledupar, important places in the invention of Macondo. And with which they share several characteristics while enjoying their delicious gastronomy and Caribbean culture.

If you are a couple that loves literature, books or poetry, do not hesitate to choose some of these famous honeymoon destinations. The cultural richness and the surrounding of what they are passionate about will give them a honeymoon destinations that they will enjoy from beginning to end!

If you like this article, please share with your friends and family, who preparing to go and searching for new famous honeymoon destinations. And don’t forget to share in your social network platforms or travel group.

Hawaii Hidden Gems To Consider For Your Next Vacation

Pacuare Lodge | The place to love the Costa Rica