Every smartwatch lover waiting for the next Apple watch series. And what’s new addition with more feature to add Apple watch for next generation. At its September 2018 hardware event, Apple unveiled it’s highly anticipated next-generation smartwatch — the Apple Watch Series 4. From a larger display to a built-in electrical heart sensor that can measure a variety of health metrics, the latest device brings along some notable new features.

The Apple Watch Series 4 occur in two sizes — 40mm and 44mm – and also brings along a 30 percent larger display. The series 4 also redesigned modular watch face with more detailed and graphic information. Users can see stocks and heart rate, track scores from sports teams, view boarding information, and more. This watch arrives with color chemistry, the Series 4 comes in three aluminum finishes — gold, silver, and space gray. The Series 4 also comes in gold stainless steel with a Milanese band, in addition to the silver and space black stainless steel options. The new bands will also work with any of the Apple Watch predecessors. 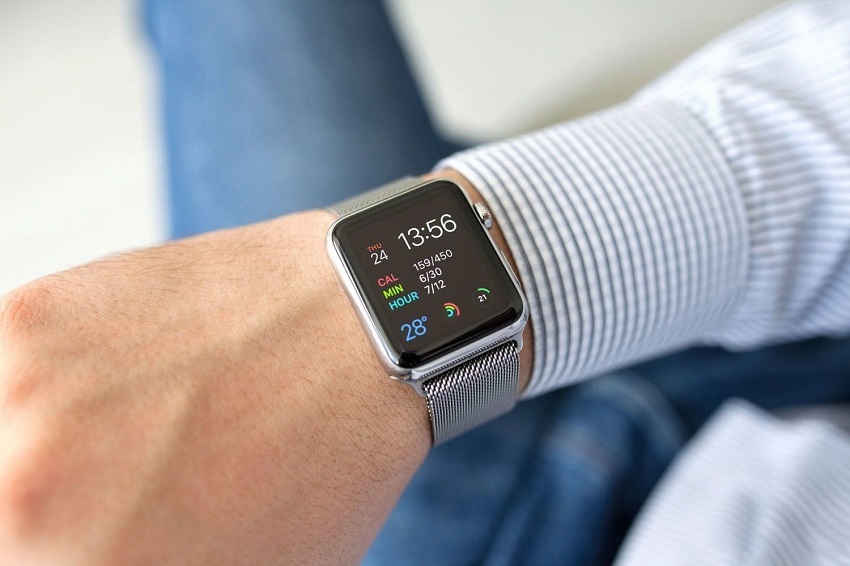 The Breathe app, which many uses for meditation or to lower their heart rate, will now be available on a watch face. That way, you’ll be able to use it by simply raising your wrist to allow the Breathe app to guide you through deep breaths.

For the most part, the Series 4 looks similar to its predecessors, although there’s a new digital crown with haptic feedback. This will allow for a more responsive feel when you flip through items on your watch. The speaker has also been completely redesigned, making it 50 percent louder, and the microphone can now be found on the opposite side — far away from the speaker. This will hopefully help to reduce echo and make phone calls much clearer.

The back of the Series 4 is made of black ceramic and sapphire crystal, allowing radio waves to pass through the front and back. Apple says this is meant to improve cell reception.

Under the hood is Apple’s next-generation S4, 64-bit dual-core processor that’s been designed to perform two times faster. The accelerometer and gyroscope have twice the dynamic range and can sample motion data eight times faster.

Nothing has changed when it comes to battery life, though — the Apple Watch Series 4 has the same 18-hour, all-day battery life. Apple has increased outdoor workout time to six hours, with full GPS tracking for long bike rides.

Apple is always trying to improve the operating system and all other features for all Apple product, such as Macbook, iPhones, iPad etc. The Apple Watch Series 4 runs Apple’s new Watch OS 5 operating system. It comes along with a variety of improvements, like enhanced fitness and health tracking, walkie-talkie mode, and more. 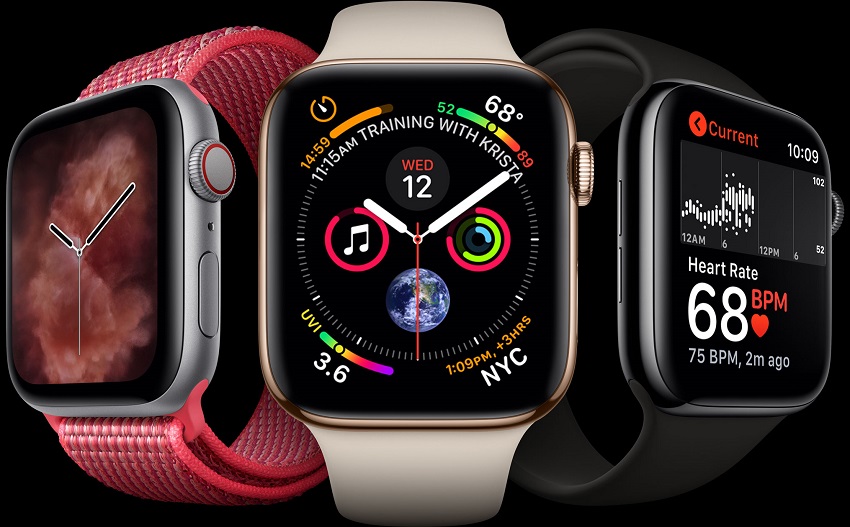 The Series 4 also has a ton of additional health features. For starters, it can now detect when you fall by analyzing wrist trajectory and impact acceleration. It will then initiate an emergency call. If it senses you’re motionless for 1 minute. It’ll automatically call in an emergency and send a message to your emergency contacts using the SOS feature.

While older models of the Apple Watch include an optical heart rate sensor to track calories burned, resting heart rate, and more. The Series 4 offers a few new features. You’ll now receive a notification if your heart rate appears to be too low — which could mean that your heart isn’t pumping enough blood to the body.

In addition, the Apple Watch will now be able to screen your heart rhythm in the background. It’ll send a notification to the watch if it detects irregular rhythm, which could point to atrial fibrillation. While the device isn’t able to diagnose the issue, it can detect it for you so you can then consult a doctor. 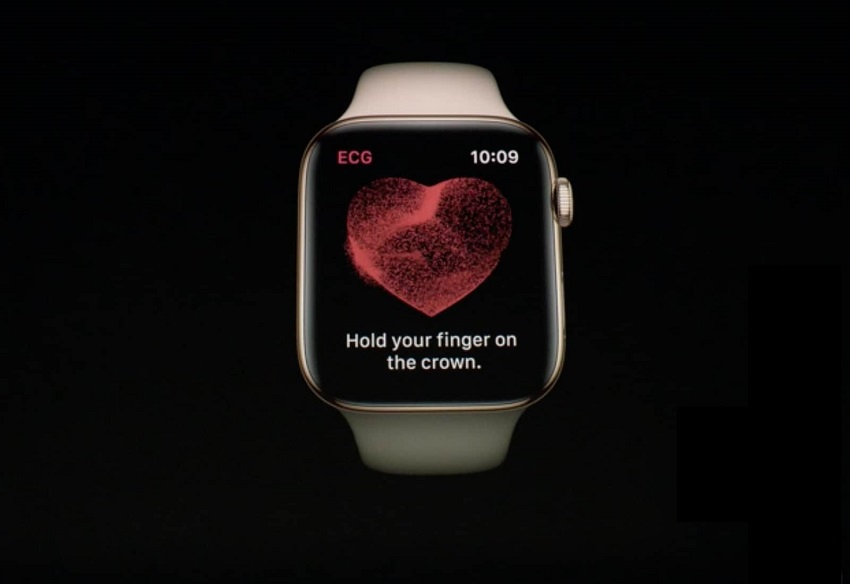 Perhaps one of the most impressive features on the Series 4 is the built-in electrical heart sensor. Built into the back of the sapphire crystal and digital crown, users can now take an electrocardiogram (ECG) — the first of its kind in a smartwatch. This will measure the electrical activity of the heartbeat in order to help diagnose heart disease and other conditions. You’re able to take an ECG anytime, anywhere, straight from your wrist by opening the app. And placing your finger on the digital crown. Since all of the information is stored in the health app, you’ll be able to share the ECG with a doctor. Who will be able to see a more detailed picture of what’s going on. Apple has also received clearance from FDA the Food and Drug Administration.

I hope now you crazy to add this series to your watch collection. Please share this article with your friends to know about the new addition Apple watch series 4 with crazy features.