Checkpoint Charlie in berlin is the most famous border crossing in the world. During the Cold War, this was one of the most important border crossings between East and West Berlin – and events that happened here were felt and seen across the world. 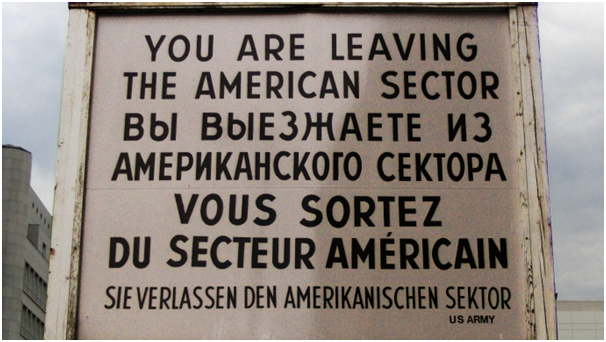 The checkpoint was named according to the phonetic alphabet used by NATO (The North Atlantic Treaty organisation) – the crossings at Helmstedt-Maienborn was the first, named Alpha and Dreilinden was the second so was named Bravo – Charlie was the third, and so got its name.  On 13th August 1961, armed military units of GDR (the German Democratic Republic – or East Germany) started to seal of areas of the city, and the construction of the famous wall began. This wall was to divide the city of Berlin until 1989, when Gunter Schabowski announced the decision of the GDR that people may apply to travel beyond the wall and into the west, the crowds overwhelmed the guards, and people flooded through the gates.

During the summer of 1961, Cold War tensions started to rise, and by October of that year American and Russian tanks engaged in a face off at Checkpoint Charlie, following the decision taken by the USA to defend the rights of Berlin’s occupying powers. The world watched and held its breath as the two armed tanks faced off. They stayed that way for 16 hours – if either had fired a shot it could have led to the start of nuclear war. Thankfully both tanks retreated – but not before many people around the globe had been frightened by the dramatic scenes. Nowadays you can drive a tank yourself without worrying about the threat of nuclear war – tank driving experiences are available to buy at armourgeddon.co.uk for those who want to have a go. 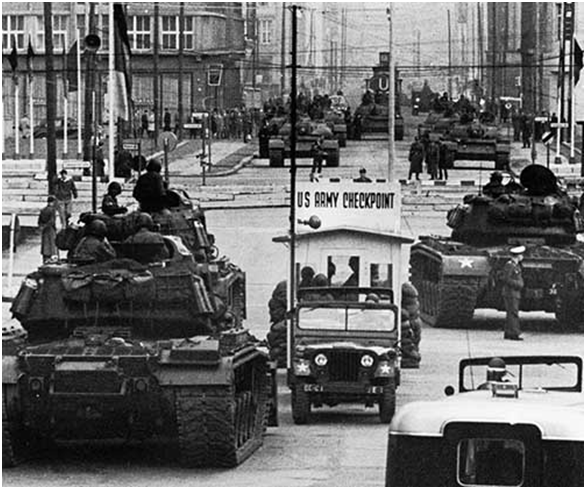 Despite being trapped on the east side of the wall, there were many escape attempts by the residents of East Berlin, trying to escape the oppressive regime in the east and head to a better life in the west. Some were very creative, such as the family who escaped in a hot air balloon, and the American hero who manged to smuggle people through the checkpoints in a specially designed car, capable of concealing people inside it. Others were not so lucky, with hundreds of people being shot trying to escape whilst the wall was up.

Nowadays, you can go and visit Checkpoint Charlie and discover the fascinating history for yourself.

Essential cold weather biking gear that you must have

How to learn to ride a bike as an adult?