With homes in short supply, prices surging and uncertainty about the economy, many people are making hasty property decisions. You can’t know the true value of an investment without investigating its condition. Many defects are invisible while others are easily spotted but may be significantly more or less serious than you first imagine. 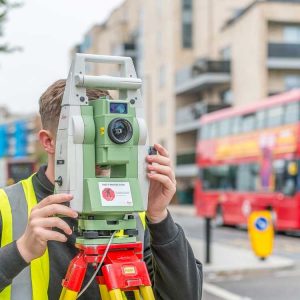 The seriousness of a defect often varies between buildings of different types and ages. For example, Watford High Street has properties built in many historical periods. If woodworm is found in a building survey Watford buyers must ask how much structural timber the building contains. In some, timber is a major component but in others has little importance. Here are five common problems that alarm prospective buyers.

Subsidence is scary but when did it happen? Most buildings settle then stop. Many period buildings have settled a lot and have wildly uneven floors to prove it, but if their timbers have accommodated the movement perhaps it adds to their charm? On the other hand, recent spurts of movement revealed by newly cracked brickwork or concrete need explanation. Leaking pipes or sewers can suddenly undermine buildings by washing away the subsoil. The geology should also be considered.

Dampness can be caused by damaged window frames, poor brickwork, moisture rising from the ground, blocked gutters, or poor indoor ventilation. Some are cheap to remedy, others are not. A survey will tell you how much to set aside to fix it.

Triffids slap you in the eye with a poisonous tentacle and eat you, whereas Japanese knotweed is real. It is also a creeper, and not the only one: knotweed, Russian vine, trumpet vine and several other plants have roots so vigorous they can pulverize concrete. Even if they pose no immediate threat, they are controlled plants, making you legally responsible for their eradication. A surveyor’s local knowledge is important. For example, according to more than one building survey Watford is a hot spot for knotweed infestations.

Woodworm turn wood into sponge and eventually dust. A few holes in floorboards may not look serious, but are they in the joists? If they are in a skirting board, are they in the wall timbers? In old houses, many infestations were treated years ago and all you are seeing is the holes left behind.

Rats and mice carry diseases dangerous to humans, but another question is how they got in. Quite often it involves underground cavities or cracked drainage pipes and those may be an even bigger worry.

Professional building surveys are even more important in these difficult times.

How do curtains reduce heat loss?

Grand designs and its effects on the UK

Creative approaches in the face of rising mortgage rates

How to Prepare Your Boiler for the Winter Season