If the recent goings on between the United States and North Korea has left you pondering this question, you are one of many. With nuclear war now looking like a real threat again, people have been considering the reality of it seriously. Since the Cold War ended, an entire generation have grown up not having to live in the shadow of the nuclear apocalypse. But it seems that has changed over the past year, with North Korea’s weapons program showing no sign of slowing down, and Donald Trump using Twitter to show that he has no qualms about using nuclear weapons, the world suddenly seems a less stable place. The people of Hawaii recently felt that sense of fear as their nuclear missile alarms were accidentally set off, causing mass panic. So, is it possible to survive after nuclear war? Or would, as Nikita Khrushchev once said, the living envy the dead? 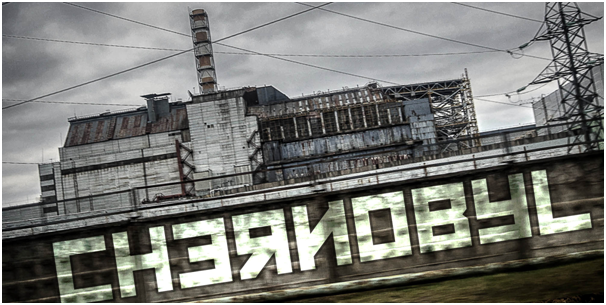 In 1986, a fire broke out in one of the reactors in Chernobyl nuclear power station in the Ukraine. What happened next was a catastrophe that can barely be imagined. Enormous amounts of radioactive material were released from the failing plant and blasted high into the atmosphere. The material rained down across many European countries, with Belarus in particular being severely affected. The local people of Pripyat, the town near the power plant were evacuated to safer areas, but the damage was done. The forest near the plant was so heavily contaminated that the trees turned a brown-red colour and died – leading to the name the red forest. It is easy to believe that no life would be able to exist here for hundreds of years due to the contamination levels in the exclusion zone around Chernobyl.

This is not the case however. Since humans have left the area, wildlife has thrived here. The rivers that run by the plant are teeming with fish, and herds of deer have ventured into the nearby woods where they can live a life undisturbed by humans. Wolves are another great success story of the region, where their numbers have massively increased since the 1980s. So, if the wildlife can still carry on, and thrive after the greatest environmental disaster in history surely humans can too? Many people opt to build a bunker, but living underground can only be possible for a small amount of time. Although this will help to shield you from the initial blast and the fallout which is most dangerous in the first 48 hours, it is not possible to stay in a bunker indefinitely. Learning outdoor survival skills is a must and a good outdoor survival store will help you with all the tools that you need. If you are looking to survive a nuclear war, take a look at the animals of Chernobyl who have come back against the odds.