March sees the return of the Cheltenham Festival where thousands of horse racing fans will descend on the local area to enjoy the four day event, culminating with the Gold Cup race on Friday 15th March 2019. The event is incredibly well planned and organised with Event Medical Cover arranged to ensure that all participants and spectators are kept safe. It is one thing that all events should ensure that they have in place and you can get event medical cover from Outdoor Medical Solutions. People from all over the world travel, including well over 10,000 from Ireland, to Cheltenham to enjoy the racing, so it is very important that everyone is kept safe, including the riders and horses. As well as the Gold Cup day events there is also the annual Champions Day, Ladies Day and St Patrick’s Day events. In total there are 27 National Hunt races at the March festival. 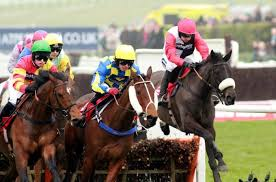 The Gold Cup event was first held back in 1819 but it was originally a flat race over three miles with no jumps included. The first race of the present style was held back in 1924 and the riders cover a total of 21,120 feet with 22 jumps, this makes it the longest race in the festival. The prize money then was £685 which is very different to the estimated £625,000 prize money that will be given this year. In total all of the prize money added together will reach well over £4.5 million this year. A total of 67,500 people can watch the Gold Cup race as the capacity for the venue is regularly reached and tickets sell out incredibly quickly. The Gold Cup race itself has only ever been cancelled three times since it first began. The first was in 1931 when the course was so frozen that the decision was taken to cancel the race for the safety of both the horses and riders. In 1937 flooding occurred and the same decision was taken and in 2001 there was an outbreak of foot-and-mouth disease in the area that saw the course closed to the public. 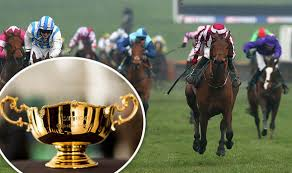 The betting companies are all working hard to get their stands up and ready at the races as the odds are all prepared for each horse the races and the influx of visitors to the area will see an annual boost to the local economy occur.