People will attempt world records at just about anything, including many that are deemed highly dangerous. Here are some crazy stunts involving fire, that definitely should not be tried at home!

Most times extinguishing a torch with a hand in 30 seconds – This strange record was set in April 2012 by Ryan Stock from Canada. He successfully managed to put out a flaming torch 63 times in just half a minute. I would imagine that he’d need a Metal Log Holder to hold them all or with so many different attempts he may need several Metal Log Holders.

Longest Human Candle – Holding fire in your mouth is something only trained professionals should ever attempt. This record belongs again to Ryan Stock from Canada who held a flame in his mouth for just over 13 seconds.

Longest Teeth-Held Lit Torch – With a name like Alexander Spitfire, it’s safe to assume that this guy’s a professional. He set this record in New Jersey, U.S in August 2015 when he held a lit torch in his teeth for 3 minutes and 56 seconds. 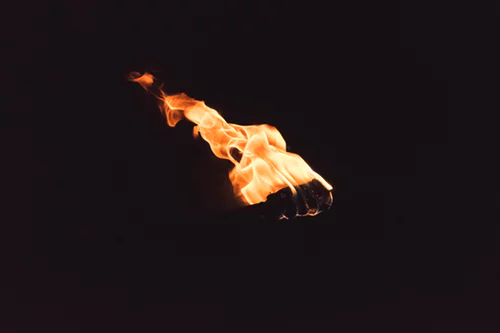 Most People Walked Over Whilst Juggling Torches – Another record set in the U.S, someone named Cool Juggler managed to walk over 8 people and juggle 3 flaming torches simultaneously. This happened in November 2012 and while the record remains unchallenged, it’s not recommended to try this at home.

Youngest Fire Breather – Gracie Adams from Colorado performed a trick involving fire breathing when she was just 8 years old. How her parents introduced her to such an activity is probably best left unknown!

Most Matches Lit in 30 seconds – Pavol Durdik from Slovakia has a quick strike when it comes to lighting matches from a matchbox. He was able to light 29 matches in 30 seconds on August 1st 2015. Remember that matches should never be left unattended near children. Fire remains a very real and life-threatening risk. If your building could benefit from a professional fire safety check, then consider Fire risk assessment. 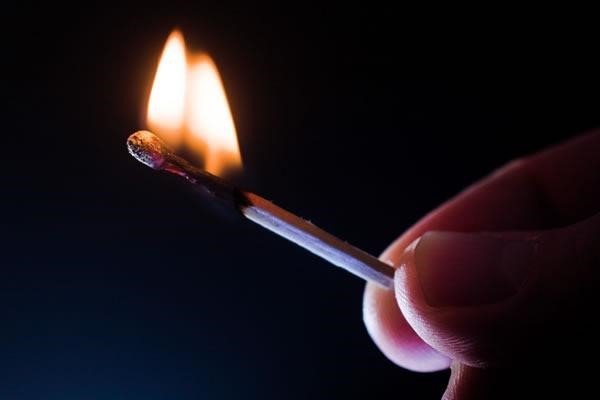 Most Candles Lit Inside a Balloon – How is this even possible? Well, it must because Darryl Learie from Alberta, Canada managed to light 20 birthday candles inside an inflatable balloon! This record was set in July 2011 and still stands.

Most Candles on a Cupcake – Unless you live to be 235 years old, you’re never going to see this many lit candles on a cupcake. In New Jersey, U.S on 4th July 2010, David Ross successfully lit and placed 235 candles onto regular sized cupcake. A firefighter was present throughout.

Highest Stunt Fall Whilst On Fire – This is one crazy stunt only carried out by professional stuntmen and women. The world record for the highest stunt fall whilst being on fire was set on 30th August 2009 in Wisconsin, U.S. Bryan Smith had his back set on fire and then fell 30 feet onto a stunt airbag.