If you’ve heard all the hype over Shepherds’ huts and how they are the big thing at the moment for gardens, you’re probably wondering what on earth they are. Their modern use is a far cry from what they were originally intended for and are now gracing gardens supplying additional living space, guest accommodation, storage facilities or simply to relax in. For beautiful bespoke Shepherd Huts, visit https://www.cotswoldshepherdshuts.co.uk/ . Here we look at a brief history of these sought-after huts.

They date back to the reign of Elizabeth I but became more widespread during the 18th and 19th centuries. Their original purpose was for lambing, looking after sheep and transporting them from field to field. The huts offered a useful place for shepherds to shelter, along with his dog and the sheep he was caring for. It was a multi-purpose space used as a kitchen, living area or bedroom. 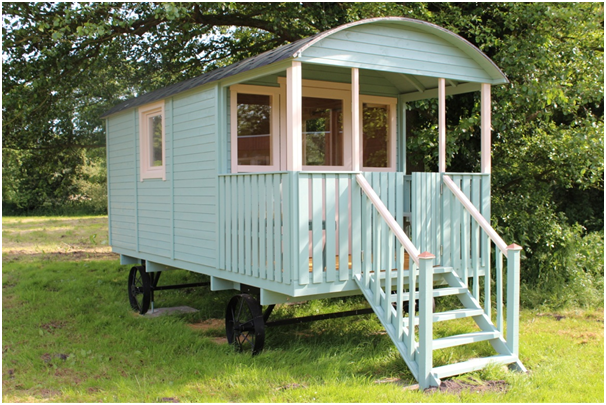 There would often be an area underneath the bed where ill or orphaned lambs could be cared for. It would also feature a stable door, so the shepherd could listen out for his flock and iron wheels with tough axles for moving over uneven rural ground.

Many farms would keep a shepherd and the flock on land surrounded with wooden hurdles. The sheep would graze on crops until it was time for them to be moved to another pasture. The manure from the sheep would then be ploughed and planted with fresh crops. This cycle allowed for animals and crops to be farmed together in what is known as ‘mixed farming’. 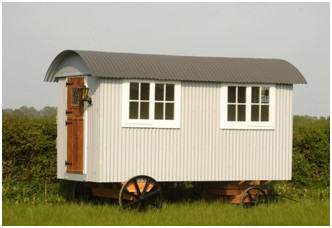 The huts were still very much a part of the countryside until after WWII when the use of fertiliser became much more commonplace. Many original huts fell into disuse and disrepair, often left to rot in the corner of fields. Sometimes they became shelters for other animals such as chickens.

Whether you’ve found an original hut that you’d like renovating or decide on a completely new, bespoke design, these huts are now proving invaluable when it comes to added space for the garden. The hut has even appeared in literature. Thomas Hardy’s ‘Far from the Madding Crowd’ features a shepherd called Gabriel who uses a hut for his lambing.

Today a hut can be fitted out with all mod cons and used for many different purposes. It’s important to keep up the tradition by retaining features like a stable door, the correct sizing and paint colour for example. As they also come on wheels, you can move yours into whatever position you desire and even take with you if you move.