If you own a car or are a fan of Formula 1, you will probably have heard of the name Goodyear. The tyre manufacturers are one of the leading brands that are available both to motorsports teams and to the general public for use on their vehicles. They developed their tyres after years of research and a long history of looking at ways to use rubber. Nowadays, of course, rubber is used in numerous products, and UK Rubber Moulding companies such as www.meadex.co.uk/rubber-moulding/ can help in the development of moulds for many different items and at larger scales.

Charles Goodyear was born in 1800 in the United States and worked alongside his father in the family hardware business. By 1830 this business had gone bankrupt, and Charles had developed an interest in the use of rubber and how india rubber could be treated to help it become less susceptible to extremes of temperature as well as losing some of its natural adhesiveness. He first used nitric acid as a treatment for rubber, and in 1837, he arranged for the manufacturing of mailbags for the government using this method. Unfortunately for Charles, the bags did not withstand the extremes of temperatures that they could be subjected to. He needed to find another way to help make rubber a durable product that could be used time and time again.

Following on from this, Charles began working with a rubber factory employee called Nathaniel Hayward. Hayward himself had noticed that when rubber was treated with sulfur, it lost its adhesiveness. Charles was excited by this discovery, and he bought the process off Hayward and began to develop it further. As with many scientific breakthroughs, an accident then occurred, seeing Charles stumble upon a process that would change the way we would use rubber forever. 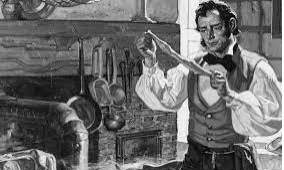 Whilst working through his research, Charles accidentally dropped some rubber that had been mixed with sulphur onto his hot stove, and the results were astounding. This led him on to discover the process of vulcanisation. He was given a patent for his discovery in 1844, but there were lots of legal issues and infringements on his patent. This led to many people copying his process, and millions of dollars were made during this. Unfortunately for Charles Goodyear, this money did not come his way, and he died with debts of around $200,000.

Since his death, the technology for making rubber items has further expanded, and the tyres that carry his name have become a staple on the motoring scene, so Charles’s legacy continues even today.

How to dry clean a coat in this Winter

WHAT DO CLAMS EAT?

Crafting Ideas to Unleash Your Creativity