In April 1999 Channel 4 created a series that to the surprise of many became a staple of the channel and one of its most enduring shows. Now in its twenty third season, and still with its original presenter Kevin Mcloud the programme shows no signs of stopping in its popularity. It’s certainly helped companies like Residential Architects London based company https://www.rbddesign.com get lots of work. 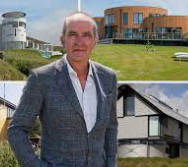 The premise of the show is simple. Rather than just buy a new house some people with a fair bit of capital decide to build their own house. What makes the show special is that they are usually not just basic houses that most of us would choose to live in but are lavish and extravagant affairs that are immediately destined to go over budget in some way or be compromised on. This leads to much drama, head shaking and hastily revised financial plans. 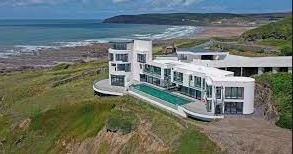 What happens next is totally without Kevins influence. He stands in his hard hat, ready to give advice and comments but not actually pitch in throughout the show. He usually comes on after the people building the home have decided to do something rash or that will stretch the budget to breaking point. Kevin worries it wont work or be too ambitious for the project. For the most part everything turns out to be for the best and the project is generally completed on time and within the planned money.

How do curtains reduce heat loss?

Creative approaches in the face of rising mortgage rates

How to Prepare Your Boiler for the Winter Season

What is a deed of trust?