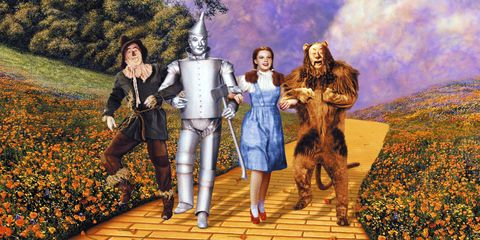 The Wizard of OZ is a film that focuses on a young girl called Dorothy who lives in Kansas with her Aunt Em, Uncle Henry, and her dog Toto. Once a storm hits, Dorothy seeks shelter in her bedroom, in which she then gets knocked on the head from her bedroom window. This is where she gets knocked out and goes into the land of Oz. The Wizard of Oz film was directed by famous director and producer, Victor Fleming.

Dorothy is a young girl that is raised on a farm by her Aunt and Uncle. Dorothy is known as a sweet girl who likes to get on with everyone. She loves her dog Toto, who she fears will be put down after he bites Dorothy’s neighbour Miss Almira Gulch. She is heartbroken when she takes Toto to be put down, but then later discovers that Toto ran away from her neighbour. When Dorothy enters the land of Oz, she accidentally kills the wicked witch of the East; she is praised by the Munchkins who brand her a hero for saving them from the witch.

Toto is a Cairn Terrier that is owned by Dorothy in the film; he is a sweet dog who follows Dorothy through her journey in the Land of Oz. He clearly loves Dorothy and loves to please her. If you are keen to get a dog for your family, and especially a dog like Toto, then you might want to buy some strong Designer Dog Collars from online retailers such as https://iwoof.com/, these collars are sturdy and are made in a range of sizes to fit different breeds of dogs.

When you first see the Tin Man, he is stiff and rusty, so Dorothy has to put oil on his joints. The Tin Man is known to be kind but just wants a heart. The Tin Man and Dorothy then continue on their journey to find the Wizard. It is said that the Tin Man was once a real man that fell in love with a Munchkin and wanted to marry her, but to put a stop to this, the wicked witch of the East turned him into a Tin Man; he ultimately wants a heart so he can feel love again.

Dorothy comes across a scarecrow in a field whilst on her journey to find the Wizard of Oz. She hears someone telling her to go a certain way on the yellow brick road, but she doesn’t know who; she then discovers that it is the Scarecrow in the field talking; when asked why he was pointing to different directions, he claims that he doesn’t have a brain. When Dorothy helps him down from the wood plank, he then joins her on her journey to find the Wizard so he can get a brain. 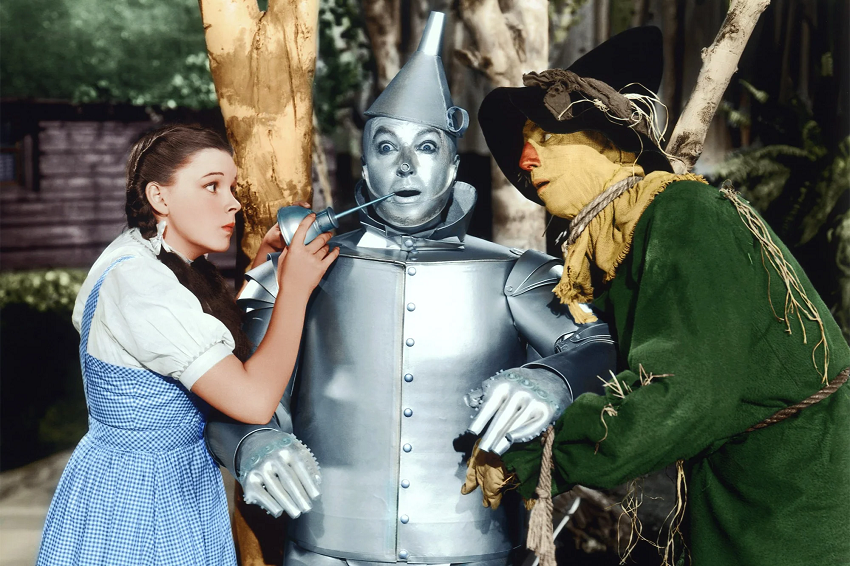 They first meet the Cowardly Lion in the woods; he jumps out on them and then tries to scare and fight the Tin Man and The Scarecrow,  he then notices Toto barking, in which he then resorts to chasing and scaring him, Dorothy then picks up Toto and hits the Cowardly Lion on the head. The Cowardly lion shows his true colours by crying when Dorothy hit him, in which he then admits he is in fact a Coward who scares people to make himself feel bigger and better. The Cowardly Lion then joins Dorothy, The Scarecrow, The Tin Man, and Toto on their journey to find the Wizard so he can get some courage.